Litens Automotive Group®, based in Woodbridge, Canada is the worldwide leader in the development and production of belt drive components, such as belt tensioners and pulleys and for torsional vibration damping products. Development centers, sales offices and manufacturing plants worldwide provide service to the customer at all times. The head office is located in Canada, including two development centers and two production plants. Comparable locations are in Germany, Brazil, China and India. A licensee is registered in Japan. Sales offices are located in the USA, Mexico, England, France, Italy, Korea and Japan. 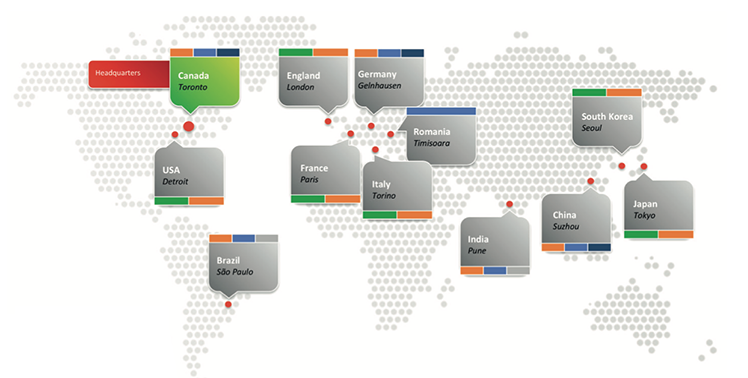 Litens Automotive Group® was founded in 1979. That was when the first automatic tensioner for accessory drive for the 4.9L V-8 Ford Mustang and Mercury Capri was developed and produced. There are various claims made within the industry as to the world's first production supplier of automatic belt tensioners for automotive accessory drive systems.

The success of Litens Automotive® continued in 1987, as the first automatic tensioner for the timing drive went into series. These components were built in the '87 GM Sunbird. These extraordinary compact and effective components provided in regards to cost, efficiency and durability, a new technical standard for torsional vibration damping in OHC engines. Over the interim years, through today, hundreds of millions of vehicles have been designed and equipped with automatic belt tensioners by global automakers.

Earlier success in development of torsional vibration damping products, for ex. with the Overrunning Alternator DecouplerTM pulley, emphasize the lead of the market segment in development of belt drive components. In the future, Litens Automotive Group® will develop new and unique products for the global automotive industry and therefore confirm their strong position in the market. 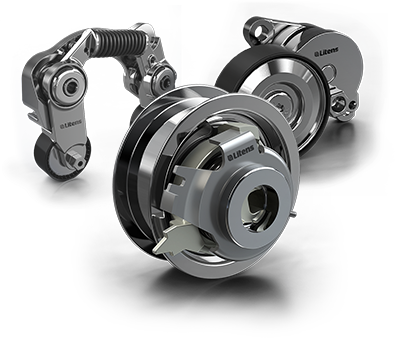 An automatic timing belt tensioner is a highly engineered and tuned component of a modern OHC engine. Due to the extreme sensitivity of each engine application, Original Equipment carefully develops and validates each and every new timing drive application. Correct tension and damping levels are paramount to ensuring proper timing drive operation and performance. Compromises in the design, materials or manufacturing of the automatic belt tensioner could result in catastrophic engine failure.

What makes up a patented Litens® Automatic Timing Belt Tensioner?

Represents the construction of a typical patented Litens® Tensioner.